Anvil Tongue Books is the name of a blog & book publishing (ad)venture.
The publishing home of Will Alexander & Heller Levinson, Giorgia Pavlidou, and D.C. Wojciech; Anvil Tongue authors & contributors exist at the fulcrum of worlds, in order to imagine new worlds & create the foundation which births these worlds into being, with the cardinal goal of furthering possibility, evoking the strength & sincerity of the human spirit amidst the continuum of a creative life.
Both things belong to the same wild idea: creating and experiencing art is a necessity to the soul. We create art to approach and honor the unfathomable.
Masthead

Daniel Cyran believes in the human spirit and the capacity therein to create goodness. He spent many of his formative years traveling throughout the west coast of the United States. Daniel's work can be found on the web at Stark & Saint Redwood.
Contributing Editors 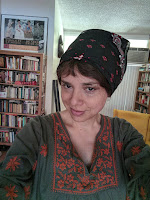 Giorgia Pavlidou is a writer and painter intermittently living in Greece and the US. She received her MA in Urdu literature from Lucknow University, India, and her MFA in Fiction from MMU Manchester, UK. Her work recently appeared or is forthcoming in places as Caesura, Maintenant Dada Journal, Puerto del Sol, Clockwise Cat, Ocotillo Review and Entropy. She’s the main English language editor of SULΦUR. Ireland-based Strukturiss Magazine featured her visual work in their January 2022 issue 3.1. Additionally, Trainwreck Press (trainwreckpress.com) launched her chapbook inside the black hornet’s mind-tunnel in 2021. 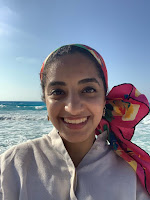 Shaimaa Abdelkarim @shaimabdelkarim researches and lectures on anti-colonial resistance and contemporary social movements in and beyond the legal terrain. She has published poems in Burning House Press and Silver Pinion. She was a co-editor of Silver Pinion (2021). Her interests lie in all forms of enunciations on resistance and traversing different genres of being.
Cover Artist 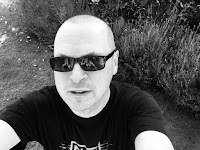